Manage tasks in a specific order and prevent bottlenecks along the way with the task dependency feature.

Written by Ana-Marija Ravnjak
Updated over a week ago

The Task Dependencies feature lets you easily see which tasks are linked to another or which ones are blocking and waiting on other tasks.
The feature is available only in the Premium pricing plan.

This article will teach you how to set up and manage task dependencies.

To set up this feature, go to the Tasks or Project module and select any task. Click on Add dependencies to create the first task dependency.

There is no limit on the number of dependencies that can be added to a task. Also, note that subtasks can have dependencies, too.

There are three types of dependencies: 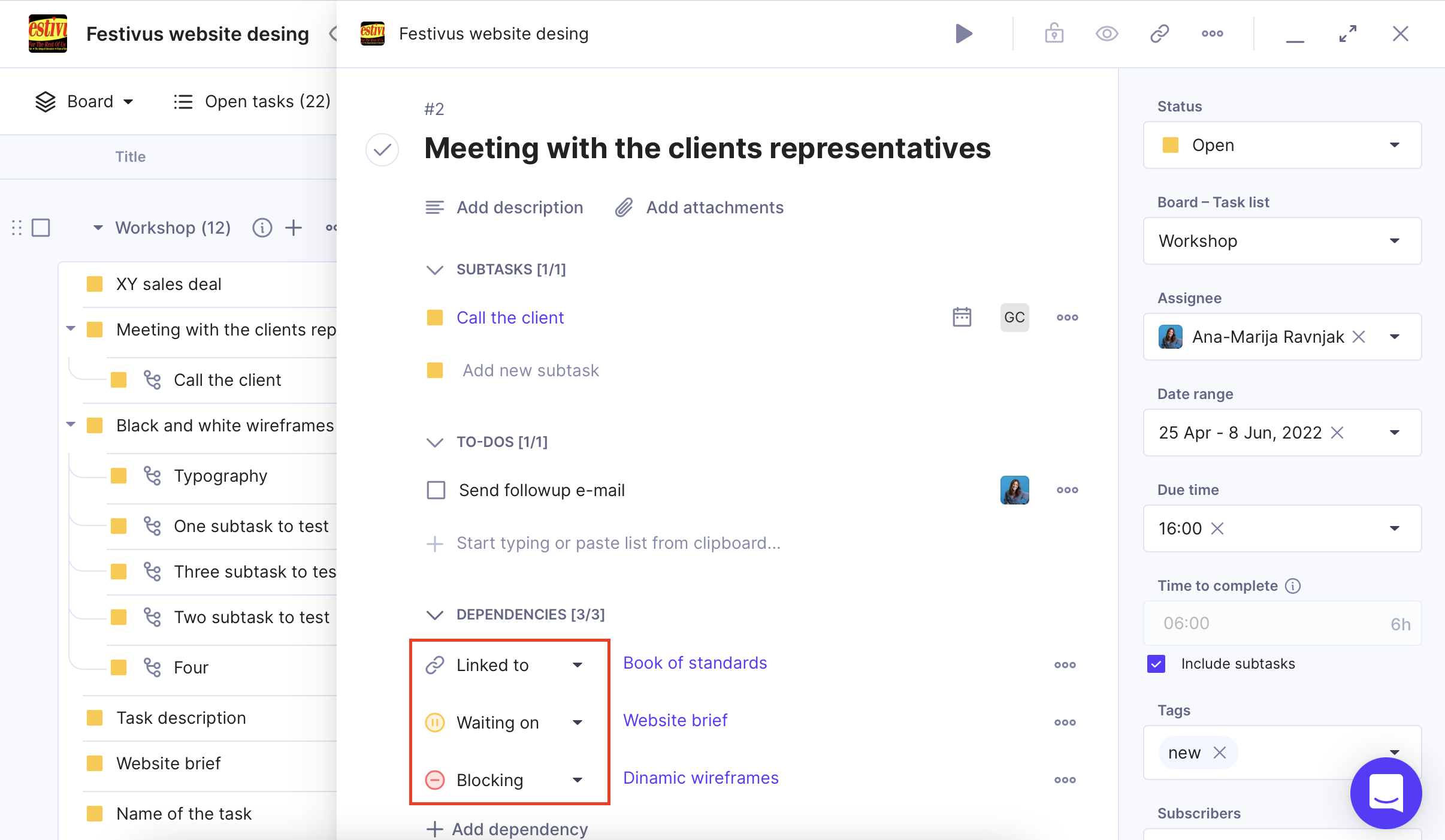 If you close a task, dependencies will be shown as completed. 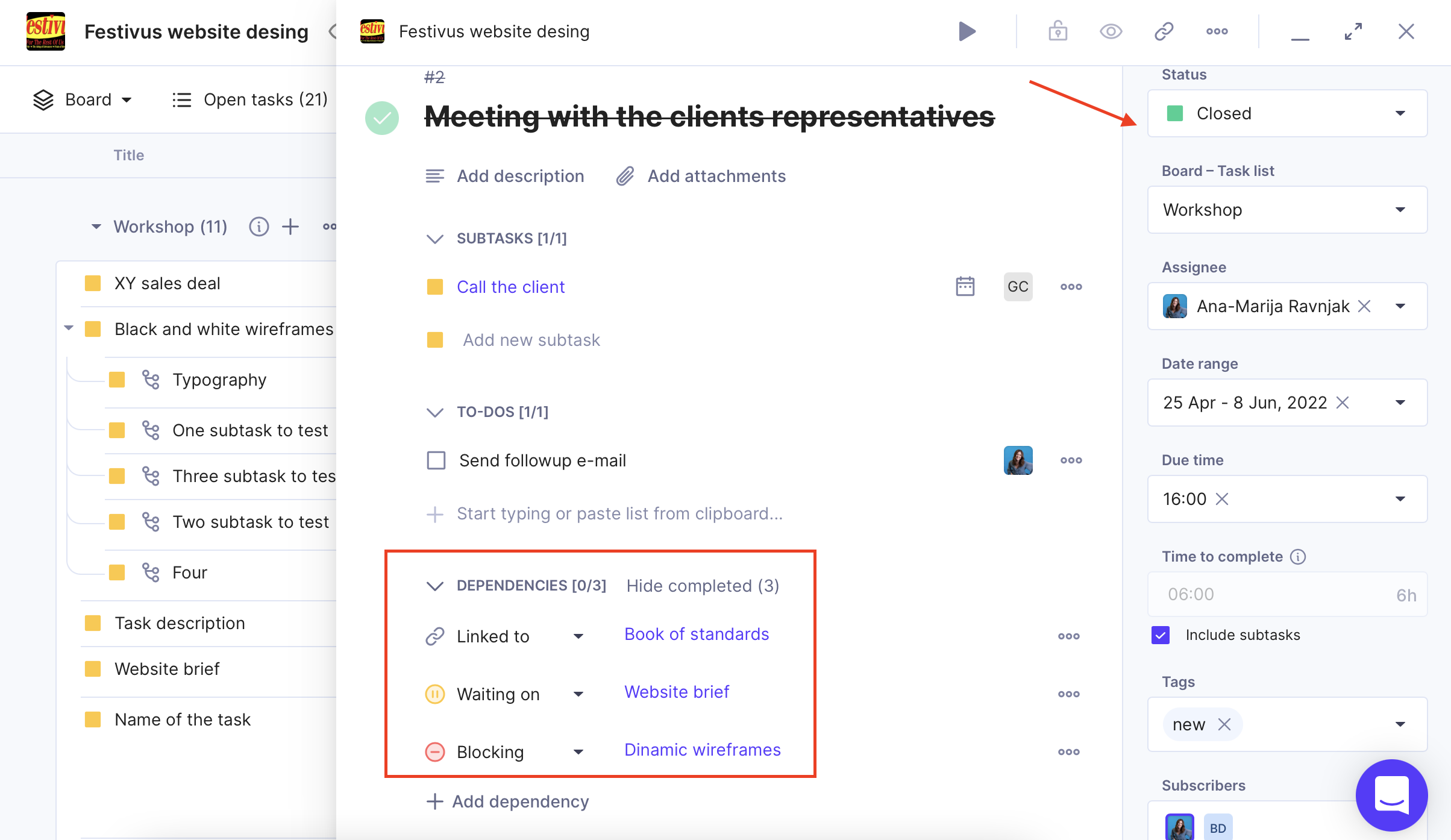 The task, dependent on a closed task that was blocking it, will now have a completed dependency as well.

Moving tasks to another project will delete the dependencies previously created. 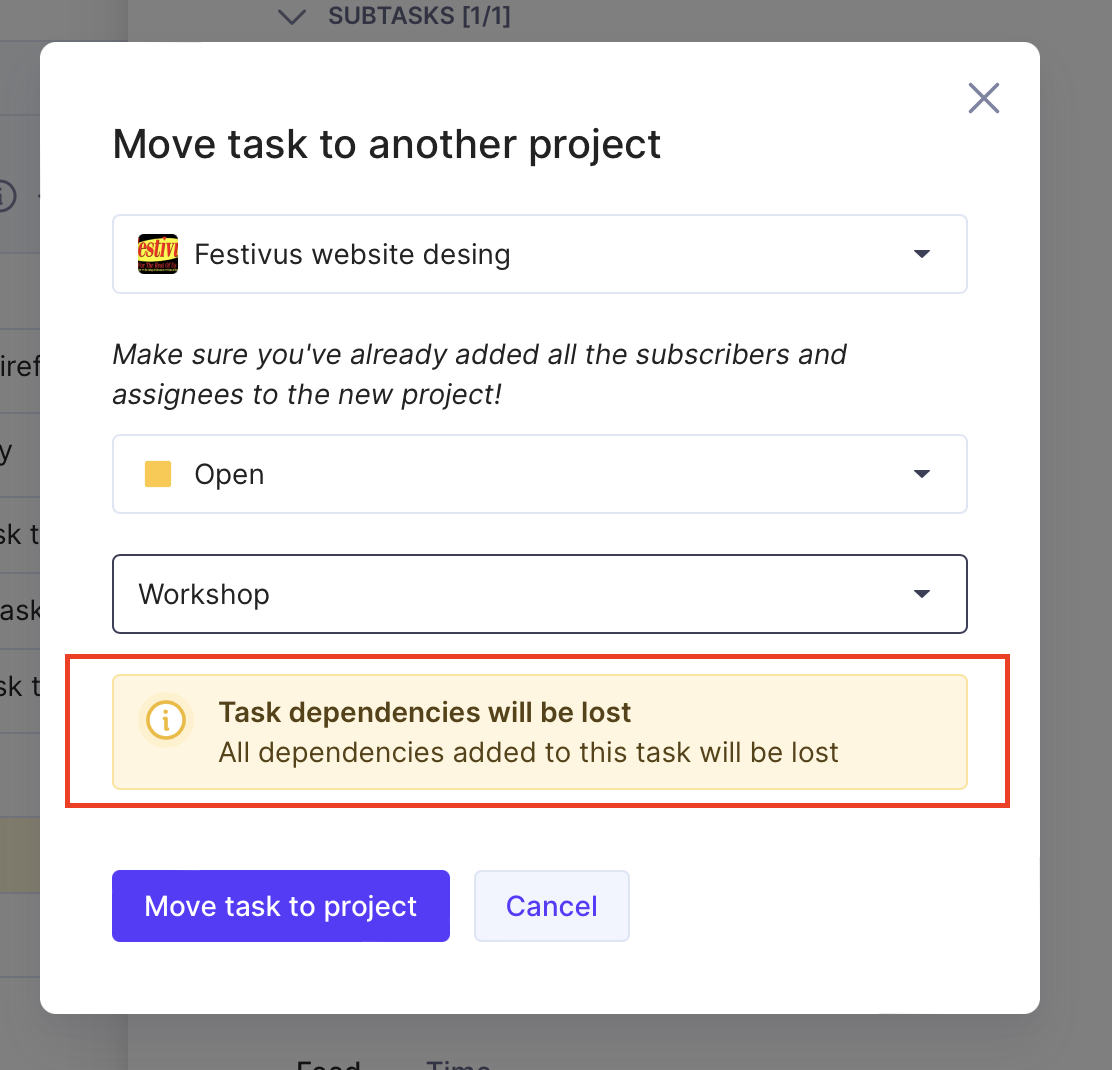 🚀 The task dependency feature currently has no automation linked to it. But we are currently working on this, so stay tuned!

A dependency loop is an impossible situation in which two tasks block each other simultaneously. For example, the last task in the row blocks the first one.
Note that you will get a warning when trying to create a loop, but Productive won't prevent you from creating one.