Written by Bruno Ilišević
Updated over a week ago

In case of an error, cancellation, or any similar event on an already finalized invoice, you can issue a credit note to keep your books clean. Invoices can be credited fully or partially (in case only some part of it needs to be credited).

To create a credit note, go to a Finalized invoice, click on the more options icon in the upper right corner, and select the Create credit note option: 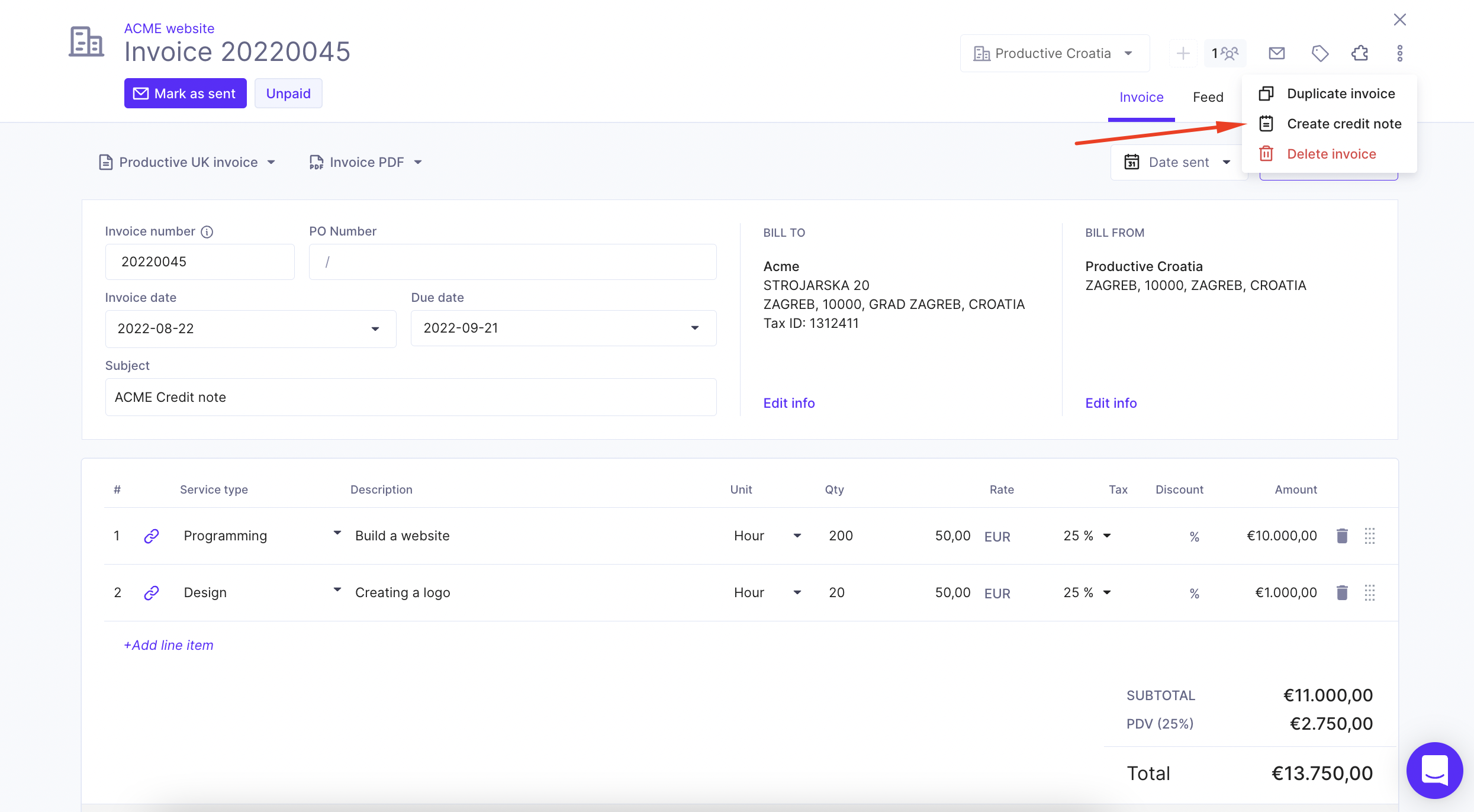 💡 A credit note cannot be created for Draft invoices

A draft credit note will be created for the entire invoice amount that is not already credited by another credit note.

You can now modify the credit note before finalizing it to partially credit the remaining invoice amount: 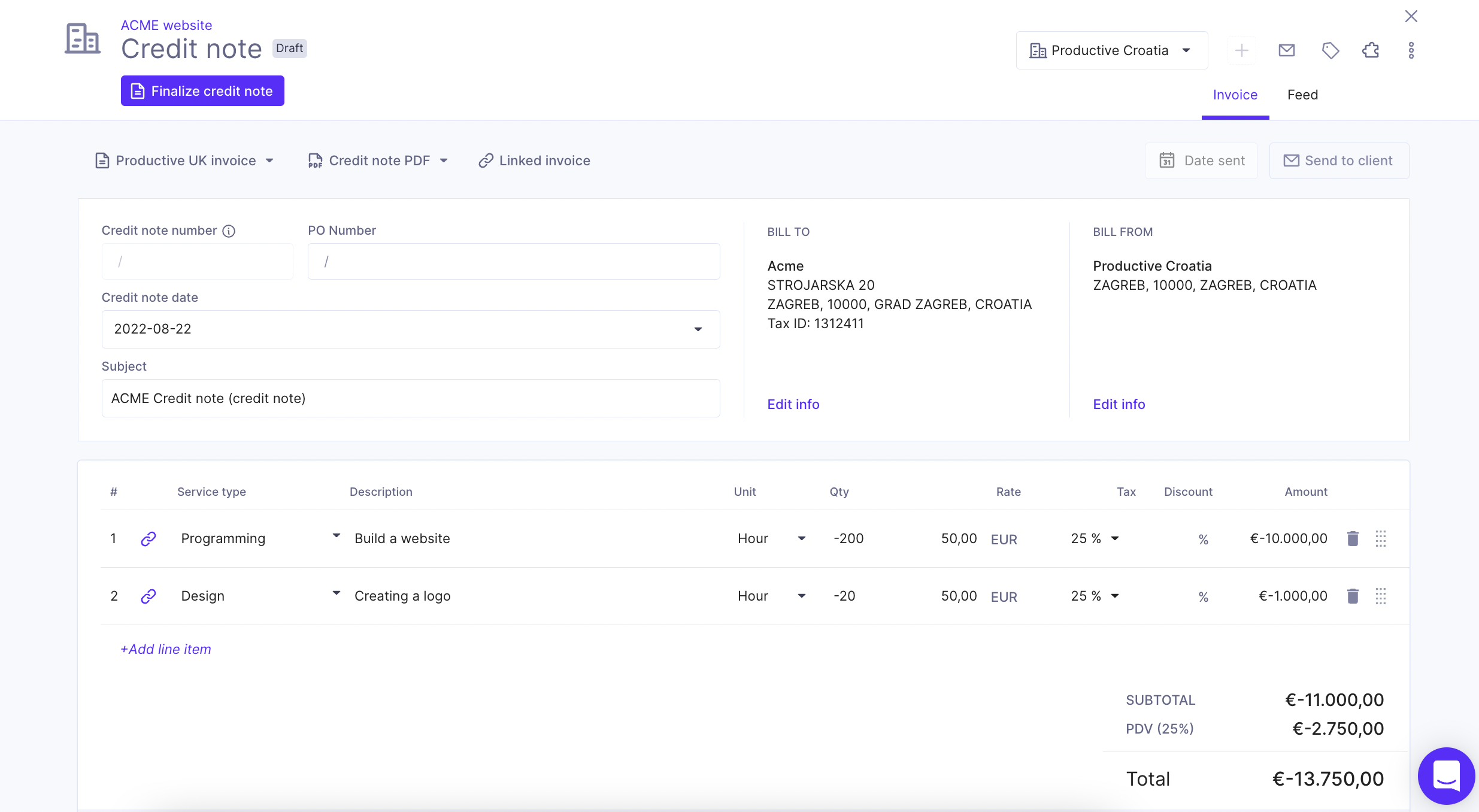 Each credit note will have the link to the credited invoice in the same place:

Like the invoice, the credit note will not be taken into any calculations before it is finalized.

When finalized, the credit note should be sent to the client, just like the invoice: 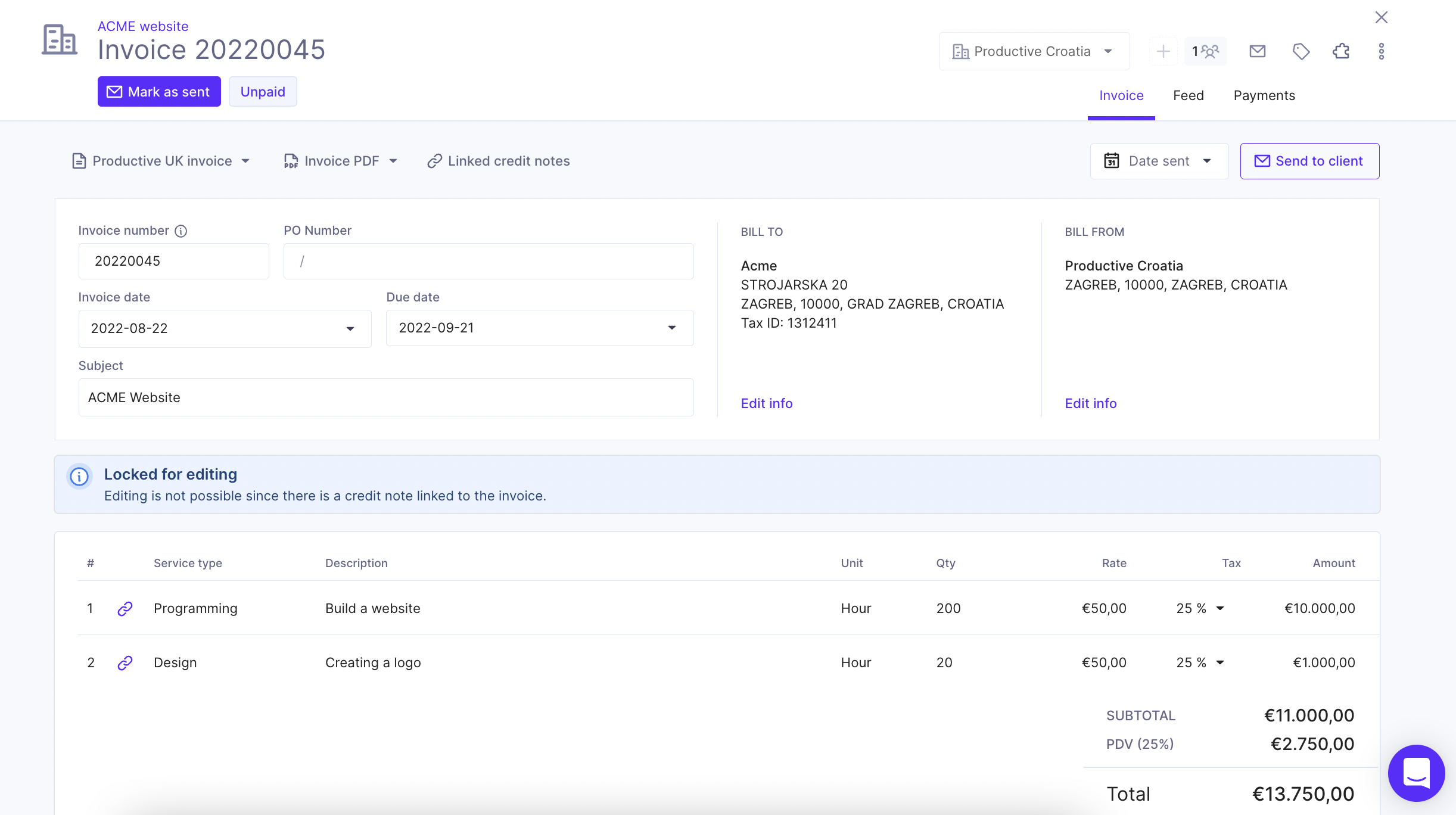 Credit notes are the same object as invoices in reports. This means that you will find them when you navigate to the Invoices on a budget or in the main navigation.

'Amount paid' will also always be zero for credit notes, as your clients will never make payments against them.

'Amount unpaid' remains on your invoice even though it was credited. This is because there are many uses for the credit note, so Productive is not automatically assuming that the amount should be written off. If needed, you can always write it off yourself.

A credit note will affect your invoiced amount on a budget as displayed in the image below:

On this budget, I have invoiced the entire budget amount but then issued a credit note for that entire invoice.

Because the invoice was credited, it will show that no amount is invoiced on the budget and that the entire budget amount still needs to be invoiced.