Transfer users, projects, contacts and more from Harvest into Productive

💡 Please note that only projects that have been edited within the last 365 days will be imported along with the time entries created during the previous three months. Also, since Harvest and Productive budgeting models are significantly different, we're recalculating some financial data during the import. Learn more about financial data recalculations.

How to import data from Harvest to Productive

To import data from Harvest into Productive go to Settings - Data import:

Click on Import Data next to the Harvest icon: 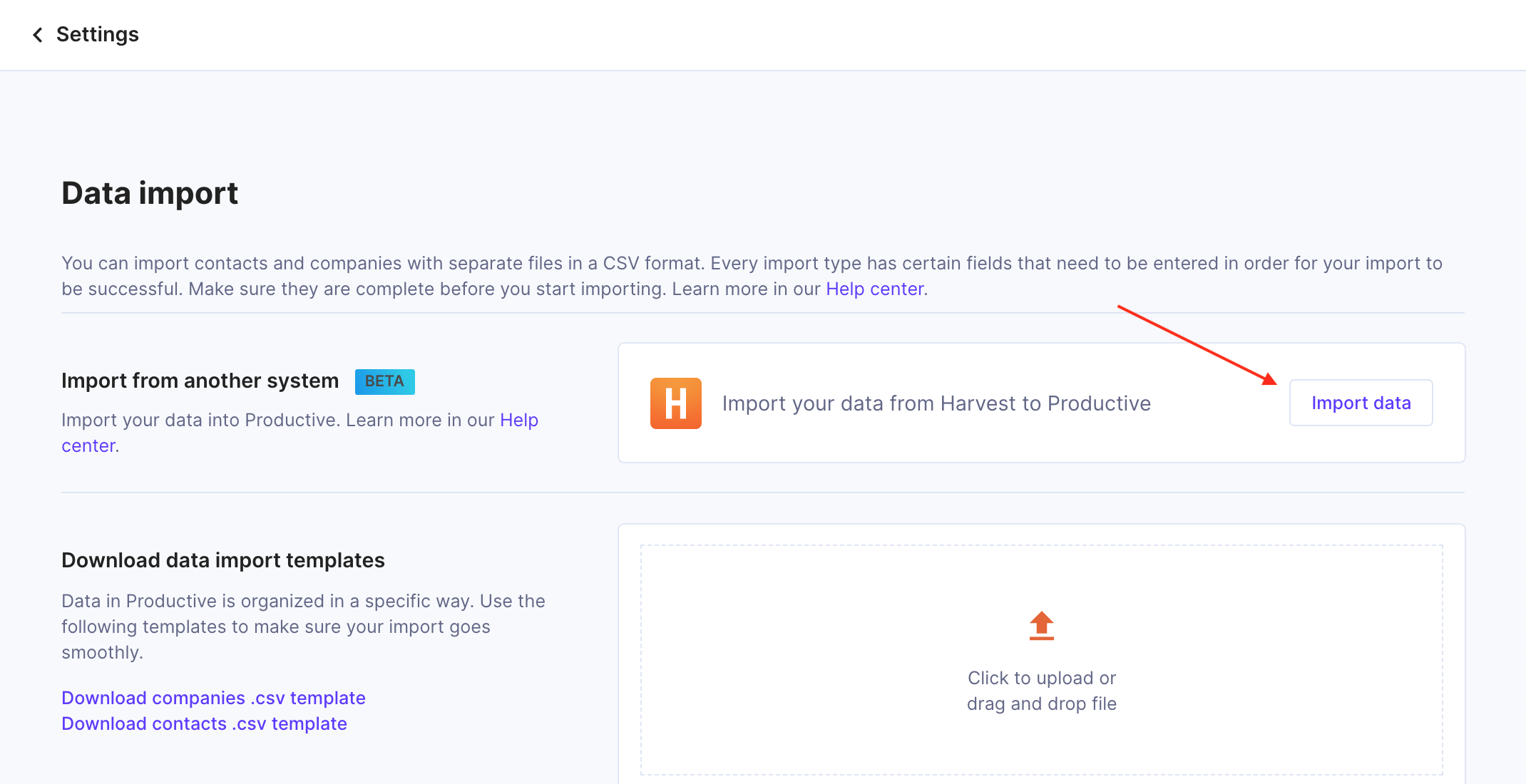 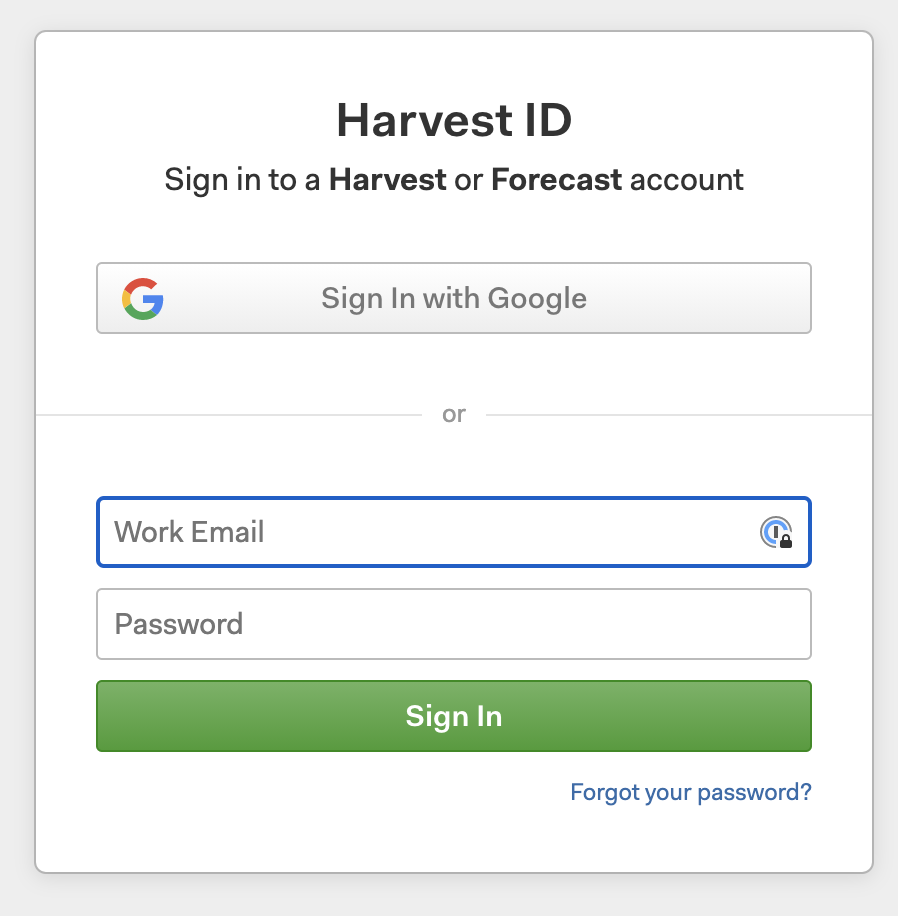 On the next screen, you will see which data will be imported into Productive, as well as explanations below each of them.

Expenses and Invoices are not available for import at the moment. 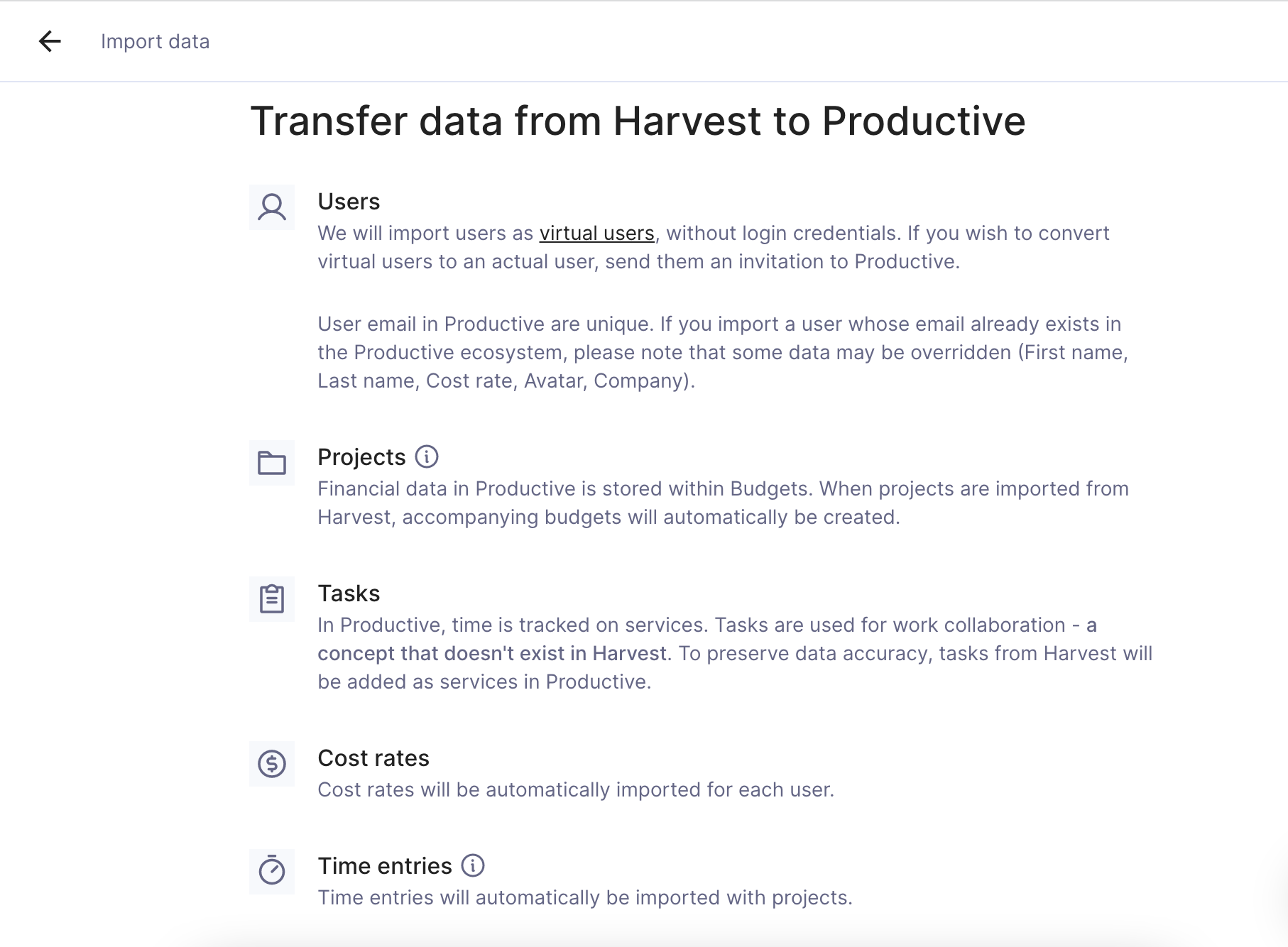 A notification will pop up saying your data is currently being imported. Feel free to close it and let the import continue: 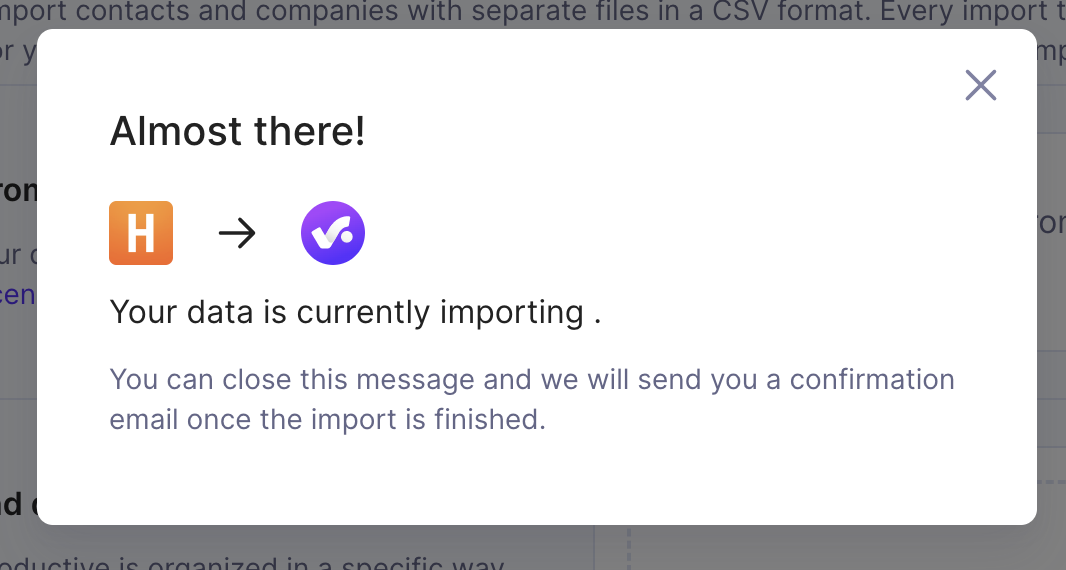 The status of your import will now show as Processing: 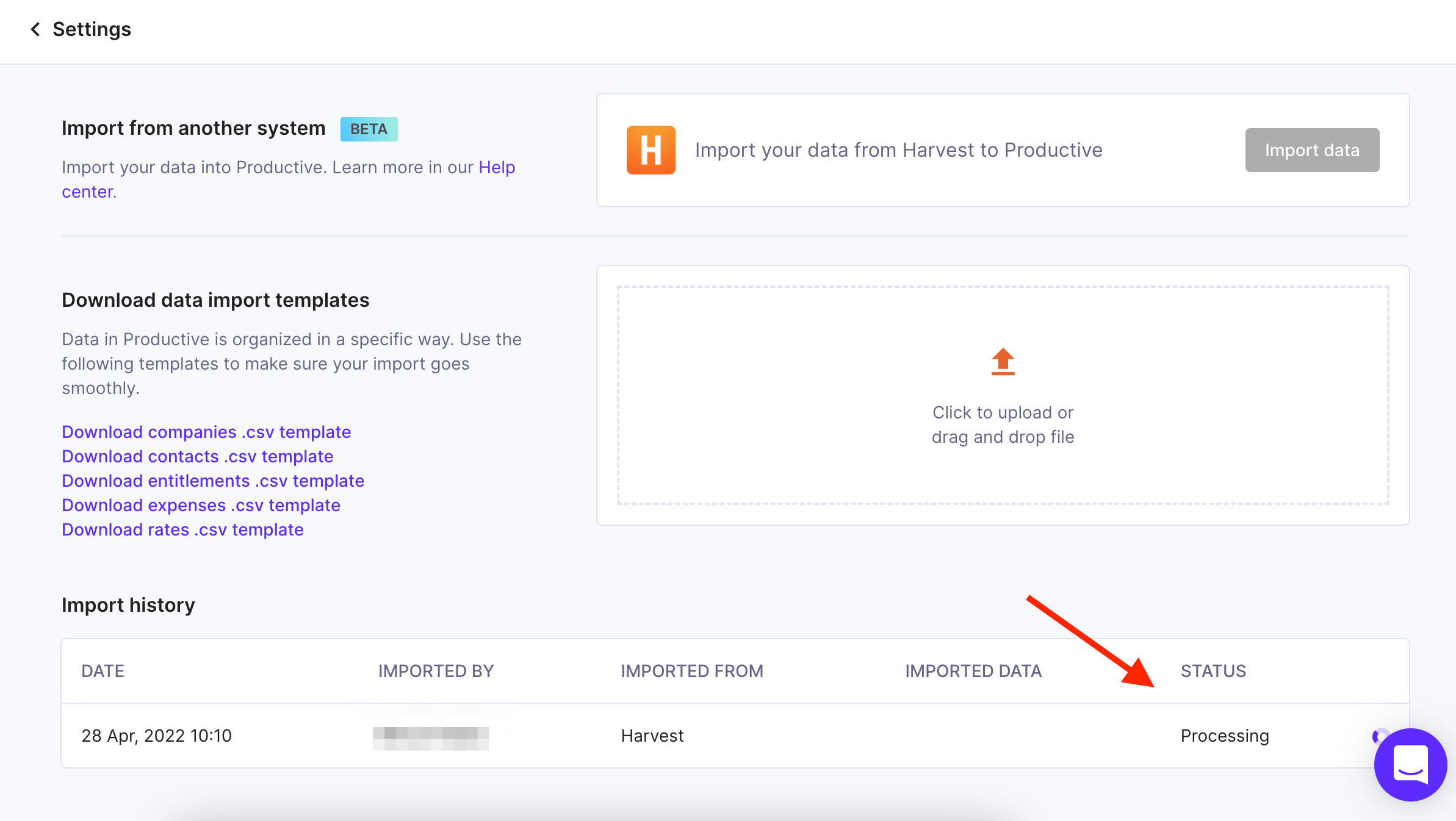 Once the processing has been completed, you will receive an email confirmation saying the Harvest import is complete and the status will update to Finished: 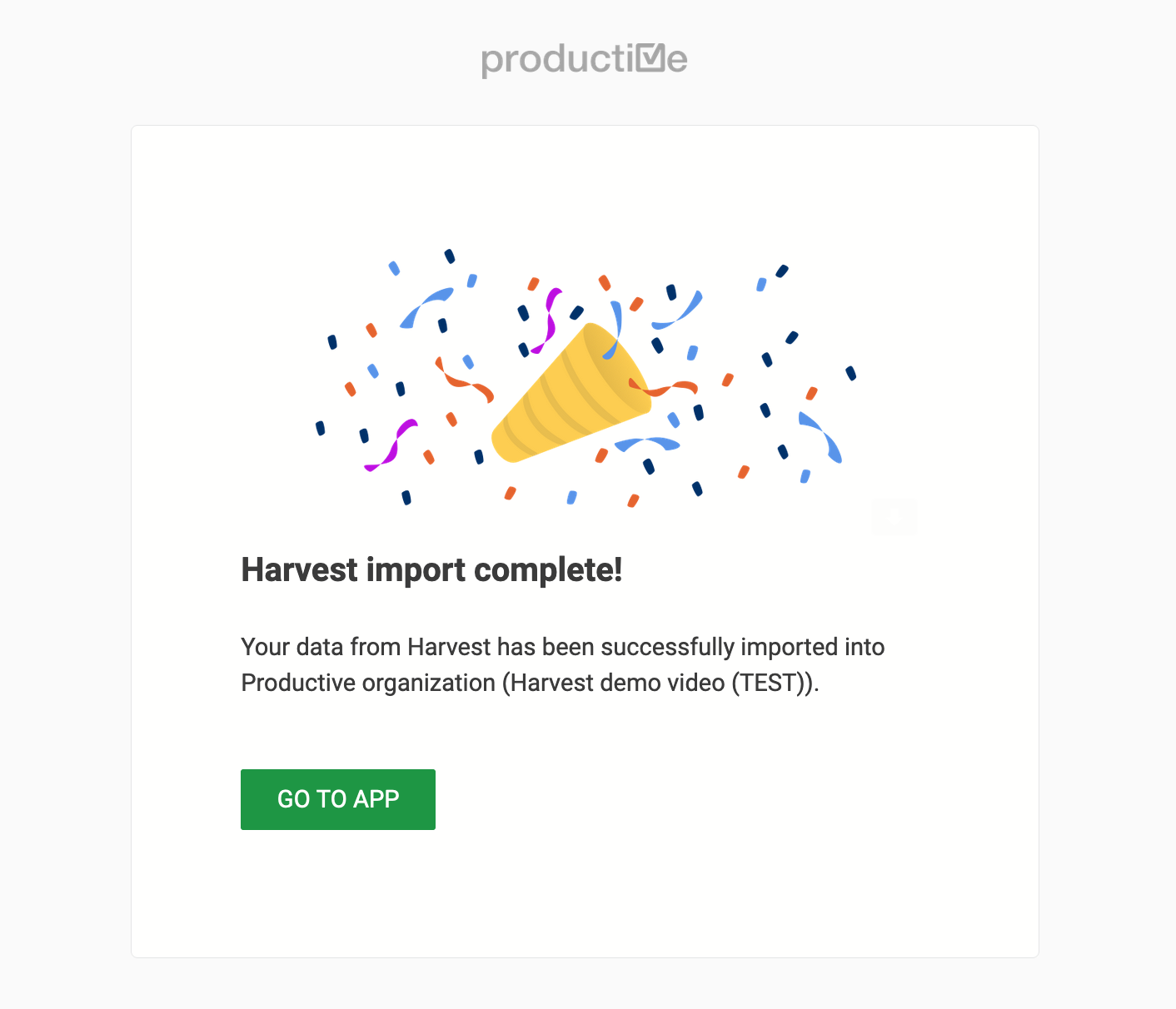 Congratulations, your data from Harvest has now been successfully imported into Productive 🎊

To revert an import click on the arrow right of the Status of the import. Revert is available for 14 days after the import. 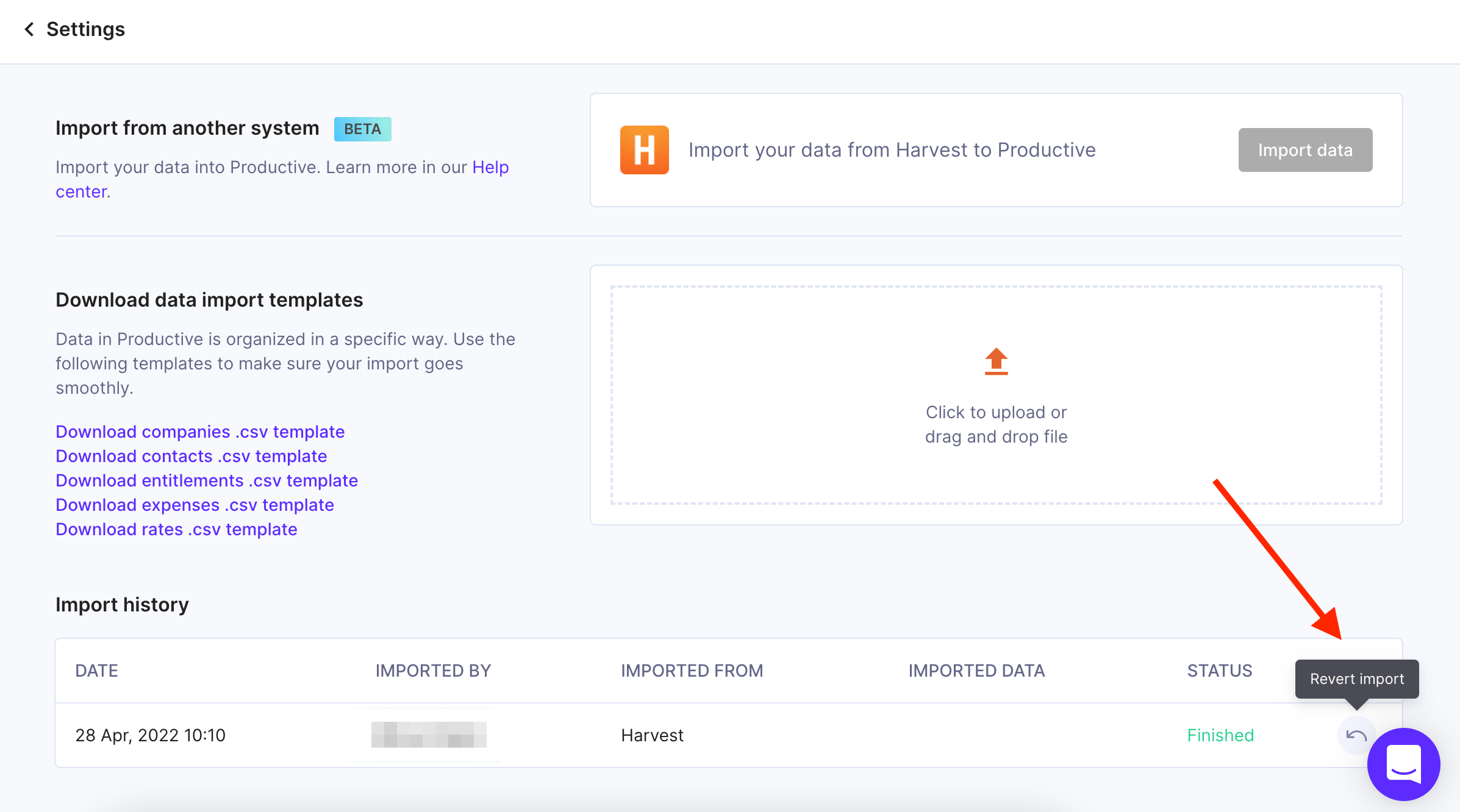 Do note that there can only be one active import at the moment. If you wish to create a new one, revert the existing import first.

Q: Will the seat count automatically be increased after the import?
No, the seat count will remain the same as the imported users will be virtual, and you will need to manually invite them to Productive for them to count as "regular" users.

Q: I have two free seats and am looking to do a Harvest import with ten users; what will happen then?

If you are looking to import more users than the free seats available, the import will fail. You will need to raise the number of accessible seats to match the number of virtual users that will be imported.

Q: I want to add older projects or more than three months' worth of time entries; how do I do that?

For that, a custom import will be needed so feel free to contact us via the in-app chat and we will discuss the next steps.