Written by Kresimir
Updated over a week ago
As we have moved to the new reporting system, in September 2021 we have deprecated old reports that were available from the Reports tab in the main navigation. All reports from there can be found in the Insights Library under the Insights tab. Click HERE to learn more

Sales report shows you how your sales process is moving along, how much revenue is coming in, and how many deals you're closing.

To access the sales report, go to Reports > Sales: 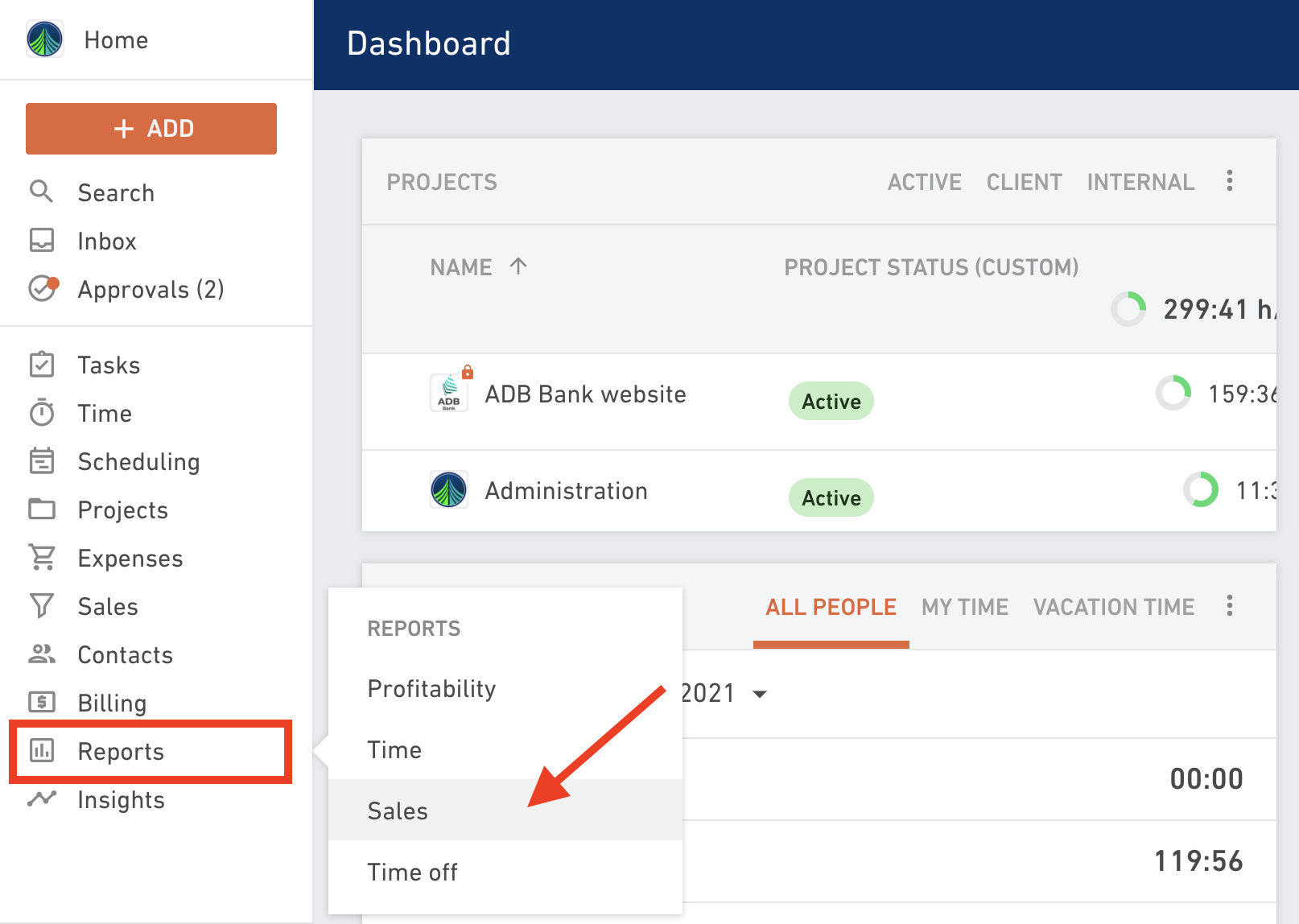 The report shows you:

If you want to customize the report you can use the blue toolbar at the top to add Fields, Group data as well as add and remove Filters.

As soon as you change anything a green Save button will appear. You can save your new report for later so that you can easily access it at any time.

You can even export your report in multiple formats by clicking on the export button: 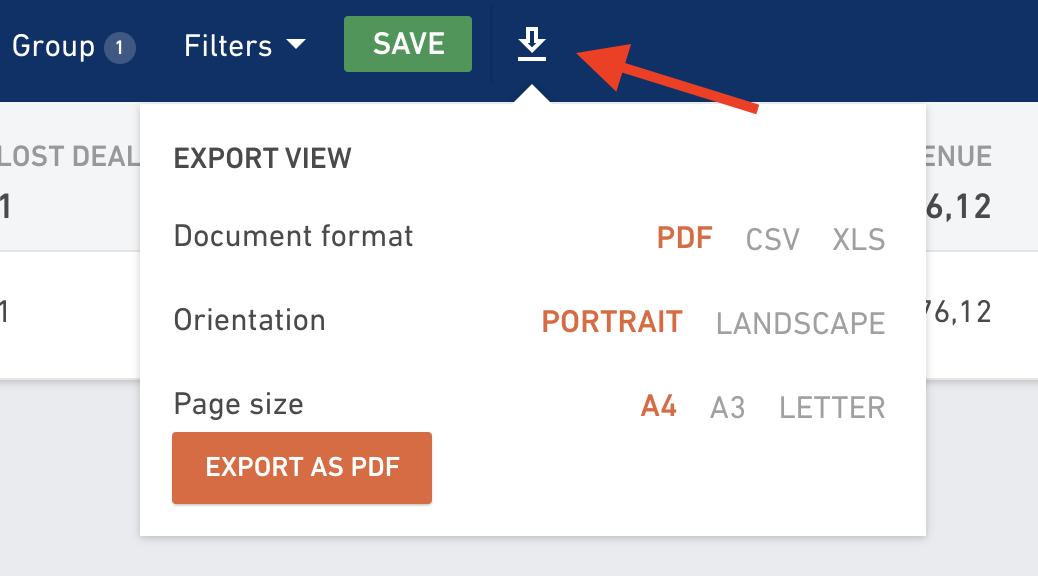