Written by Kresimir
Updated over a week ago

Deal statuses are used to organize deals in your Sales pipeline. 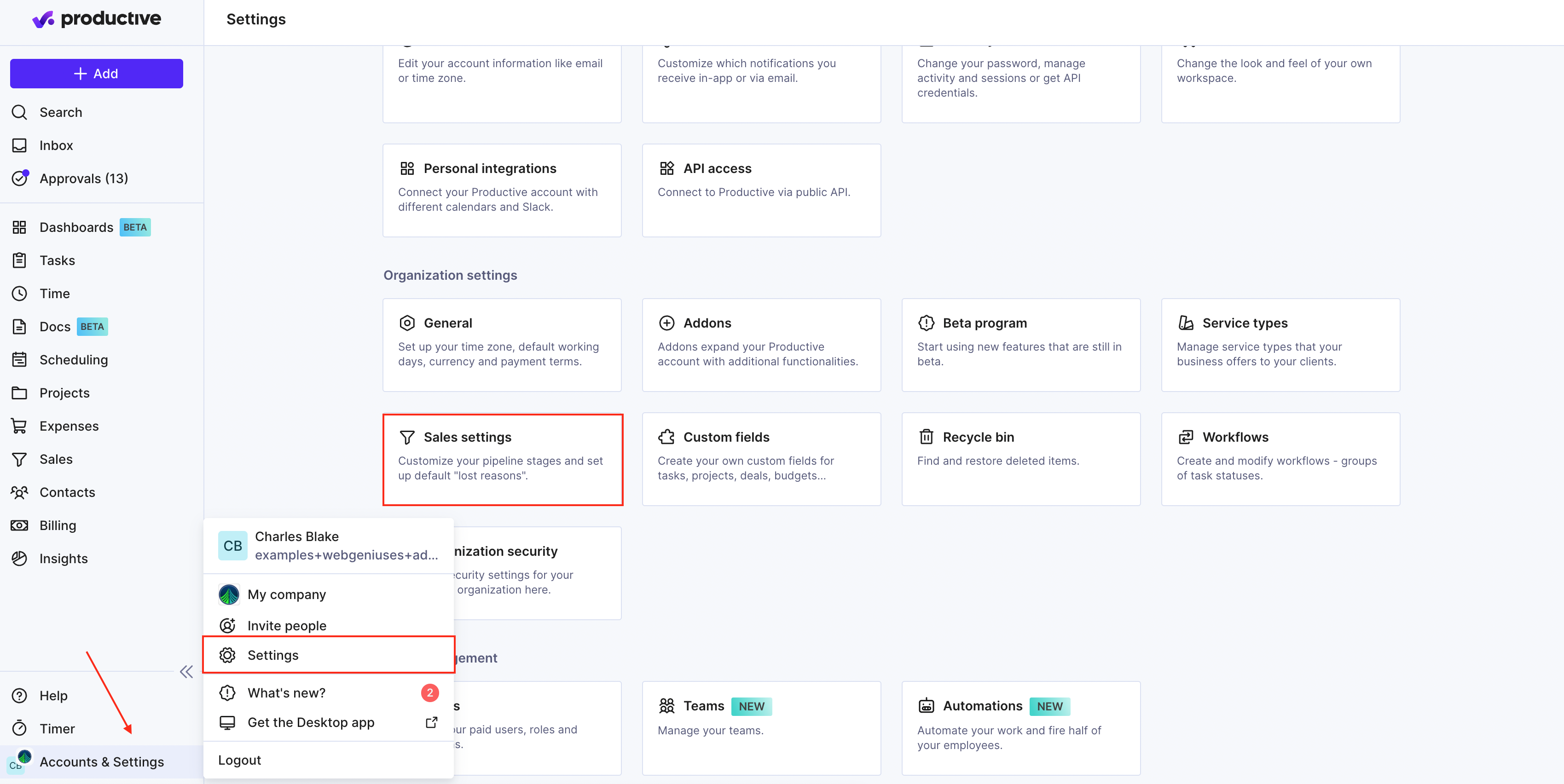 Here you can add a new pipeline stage, edit an existing one or delete the ones you don't need.

If you need to reorder them, drag and drop them to another position.

Here you can set up new reasons for losing out on deals, or rename existing ones.

These reasons will show up as options whenever you mark a deal as lost. 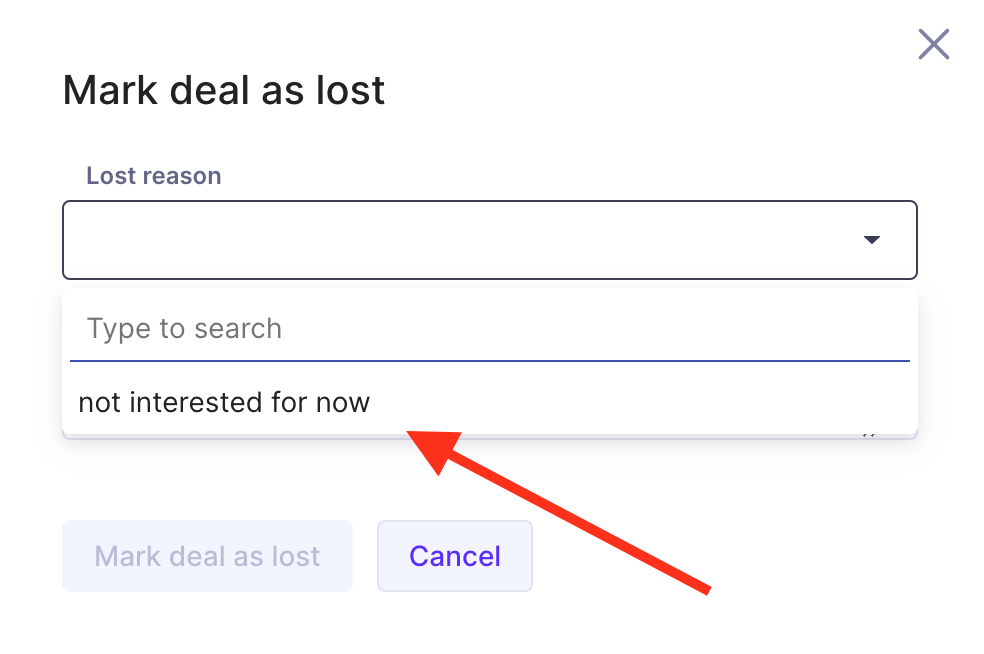 Set up the deal probability set on a new deal whenever one is created.